We help students make the journey from being merely consumers of media to being skilled and thoughtful storytellers, content creators and designers in a range of professional areas. The Department of Communication & Design Arts offers programs of study in:

The approximately 90 students in the Department encounter a curriculum focusing on theory and practice, and their academic work is complemented by hands-on experiences with Fifth Street Communications®, the Andersonian, and Black Bird Media Lab. The Andersonian also hosts “Raven Watch,” a weekly program that features game highlights as well as news and feature stories about AU teams and athletes.

The Andersonian has been the student newspaper of Anderson University since 1947 and is published most weeks during the academic year. The print edition is distributed on campus, and news content also is available online. The newspaper offers journalism students a learning laboratory in which they can develop their reporting, writing, editing, design, photography, computer, and management skills. The Andersonian is a member of the Indiana Collegiate Press Association and the Hoosier State Press Association.

The Andersonian and Black Bird Media Lab produce “Raven Watch,” a weekly sportscast that features game highlights along with news and feature stories about AU teams and athletes. The production staff consist of students in a practicum taught by Professor Kris Rinas. In recent years, “Raven Watch” has received recognition on the national and statewide level. The show recently was a finalist for two national sports media awards: Outstanding Program Series, Collegiate Student by the Sports Video Group and a Pinnacle Award for Best Television Sportscast by the College Media Association. In 2020, the show won both first- and second-place awards in the Indiana Collegiate Press Association’s “best video” category. Wrote the judges: “This is amazingly well produced and narrated. This is better than many professional media outlets would be able to create. Nice work from the [on-camera talent]. The mic’ing of the coach added a completely different element to this that puts it over the top.” The show, sponsored by the local Allstate firm the Folgate Agency, also airs on the City of Anderson’s cable-television channel.

This production and distribution platform gives students hands-on experience in storytelling in film, television, and online media. Black Bird Media Lab follows in the strong tradition of Covenant Productions and shares its name with a film festival held each year to showcase student and alumni filmmakers.

This student-powered public relations agency seeks to support the education of Anderson University students and uplift area non-profits. To write for the agency, students must be upper-division public relations majors. Each client is matched with a Fifth Street Communications® associate who serves on an account manager’s team.

“With emphasis on creativity, integrity and excellence, we will develop leaders for the public relations industry and become a relied-upon communication resource for area non-profits.” 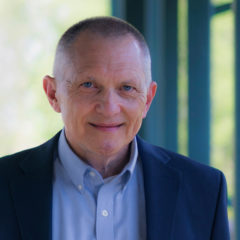 David Baird, professor of communication, is the academic advisor for journalism students as well as faculty advisor for the student newspaper, the Andersonian. Special interests include political communication and media history, and one of the highlights of his professional career was interviewing Pem Farnsworth, who was working in the lab alongside husband Philo Farnsworth when he invented electronic television in 1927. Baird was associate producer for the Department’s A Ripple of Hope documentary, and his articles have appeared in Columbia Journalism Review, Quill, American Journalism, and other publications.

Baird joined the Department of Communication Arts in 1990. Jason Higgs joined the Department of Communication and Design Arts in 2015. He has won an Emmy® award as well as several Telly and Addy awards for his creative direction and storytelling. His teaching draws on his experience in all aspects of design, television, cinema and animation. Stefanie Leiter graduated from Anderson University with a B.A. in mass communications and a specialization in public relations. In 2016, she graduated with her Master of Science in Communication from Purdue University and received a graduate certificate in strategic communications in 2015.

In her previous role as director of content strategy and public relations, Stefanie was responsible for leading the content team that manages the AU website, institutional and admissions social media platforms, copy for all communication and marketing deliverables, and outreach materials supporting institutional reputation. In her 12 years in the communication field, she started 14 social media channels for Anderson University and worked through five website redesigns including the responsive AU site redesign in 2016. She served as an adjunct for 2 years before joining full time in the fall of 2017. Stefanie started her PhD in Communication from Regent University in May 2018.

Stefanie is married to Dave and has two young children, Ava and Jackson.

Director of Galleries, Instructor of Art

Tai Lipan, director of university galleries and instructor of art, teaches drawing, painting, and 2-D Design. As director of the galleries, Tai oversees the permanent collection and managing exhibitions in both the Wilson and York Hall Galleries throughout the year.

Tai Lipan has been at Anderson University since 2002.

Jack Lugar worked for more than a decade in Los Angeles as a television writer and producer. Jack’s writing credits include the Warner Bros./FOX sitcom “Wanda At Large,” “From the Top” for Family Theater Productions, and several projects for comedian Louie Anderson’s company, Louzell Productions. Most recently, he has been a panelist and/or jury member for Heartland International Film Festival, Indy Shorts, and International Mobile Film Festival.

His recent work includes the creation of the children’s chapter book series, Katz Pajamas, about an extraordinary cat detective, and his current project, writing the young adult fantasy series Sessi and the Gates to Hel. In addition, Jack is the author of the humor book The Starving Artist’s Diet and co-author of Hollywood Break-In: Launch your Entertainment Career. He also holds the distinction of being selected as a writer for the Warner Bros. Comedy Workshop and has received recognition from the Disney/ABC Writer’s Program, Slamdance, Scriptapalooza and The Page Awards.

Jack has been a guest lecturer and adjunct professor at Anderson University, Taylor University, Azusa Pacific University, and the Act One Writer’s Program in Los Angeles.

He joined the full-time faculty at Anderson in the fall of 2016 and teaches on the topics of screenwriting, TV writing, storytelling, cinema studies, and producing for film and television. Director of Studio and Technical Operations

Kris Rinas started his professional media career as a studio camera operator in local television news, and he spent five years in that business as a photojournalist, director and camera operator while he earned his B.A. in communications from California State University, Bakersfield. After he and his family moved to Indiana in 2006, he served for 13 years at Grace Church in Noblesville, where he had responsibilities in technical directing, training, and managing audio, video and lighting systems.

Kris has extensive experience producing large-scale live events, and each August he provides technical support for more than 700 remote sites in conjunction with the live broadcast of the Global Leadership Summit. He has trained hundreds of volunteers to operate professional A/V and lighting gear, and he has written articles for Church Production magazine.

Professor Samantha Yoo is an assistant professor of visual communication design at Anderson University. She earned degrees from Hunter College of the City, University of New York, New York Institute of Technology, and Marywood University. She has worked in an NYC-based Shoe Company and Graphic Design firm for more than 13 years, and her projects have spanned disciplines from corporate identity and branding systems to packaging graphics, website design, advertising campaigns and information graphics for major events including UGG, Nike, Timberland, Wonderful Shoes and various other Christian non-profits and churches.

Yoo joined the department in 2015.