OF NEAR EASTERN AND BIBLICAL ARCHAEOLOGY The museum was established in 1963 by Dr. Gustav Jeeninga, professor of religious studies and archaeology at Anderson University for more than thirty years. The museum’s holdings include original artifacts from the Egyptian, Assyrian, Babylonian, Hellenistic, Roman, and Israelite periods of the ancient Near East. Objects in the collection span four thousand years of the history of the ancient Levant, a region including the modern states of Syria, Lebanon, Israel, and Jordan. Levantine vessels provided the basis for the seriation dating technique, which places pottery into a chronological sequence based on changes in shape and decoration. These material remains illuminate ongoing archaeological research into the complex cultural, economic, and political traditions that shaped the Near Eastern context of Biblical history.

The Museum’s holdings include original artifacts from many periods of the Ancient Near East. These artifacts come from the Egyptian, Roman, Greek, Babylonian, Assyrian and Israelite Periods. Over 300 artifacts from these civilizations including cookware, funerary objects, idols, lamps, weapons, and ancient texts are on display. These serve as evidence of the material culture of the region and provide comparison with influential cultures. The display moves chronologically from the Early Bronze Age through the Roman occupation of the region.

In addition to objects on display the remaining artifacts of over 300 stone implements in the museum holding are in viewable storage and may be accessed for research.  The university is developing a digital resource for study of all artifacts in our collection. 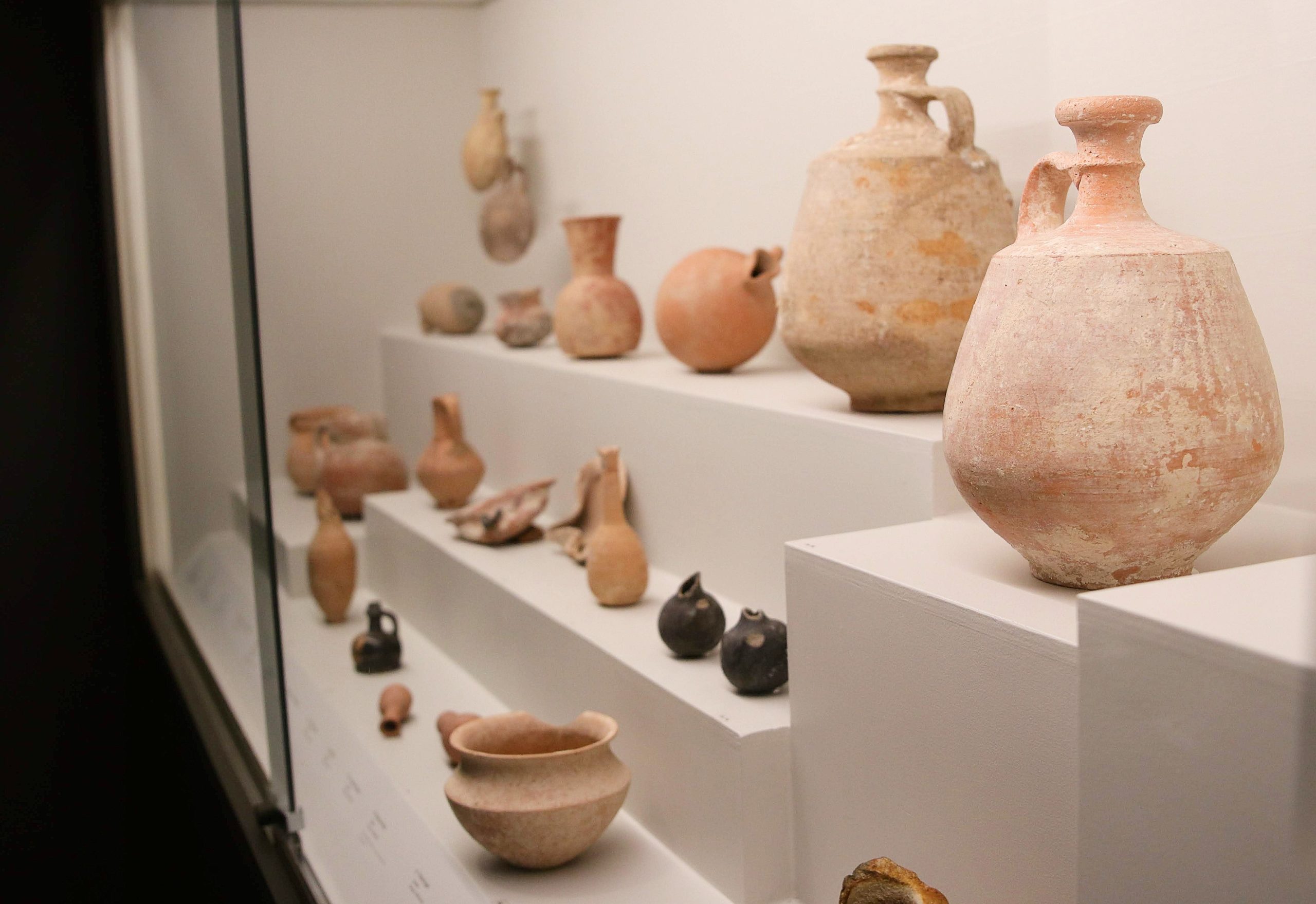 Students in the Public History Major at Anderson University use the museum as a resource for research. Part of this research includes delving into the stories behind specific museum objects to further illuminate the function, the culture and the history of the object. The research will be shared on this page and updated annually. Material: Ceramic
Dimensions: width 6”, height 10.5”
Date: 800 and 200 BC
Culture/location found off the coast of Turkey

This elaborately crafted vessel was recovered in thirty feet of water from a shipwreck off the coast of Turkey, near the location of ancient Tarsus (present-day Terso), the birthplace of the Apostle Paul. It is thought to date from sometime between roughly 800 and 200 BC. Stylistically, this amphora embodies aesthetic themes that were widespread at the time. Zoomorphic motifs were especially popular in the creation of amphorae for luxury goods and for household use.

The Mediterranean world from the Greek Aegean eastward to the Levant and south to Egypt was flourishing in seaborne trade in which both luxury goods and bulk items were exchanged between regions and continents. Wine, weapons, and pottery of all types from the Greek isles were exchanged for grain, exotic African woods, or cosmetics from Egypt, which then may have been traded for spices, textiles, dyes, incense, and more coming from India by the Red Sea or by caravan through Saudi Arabia to the coast of Palestine.