School of Music, Theatre, and Dance

Whether you want to be on stage, write the performance piece, or represent the performer, Anderson University’s School of Music, Theatre, and Dance offers a thorough academic experience as well as opportunities to create and perform. The university’s record label, Orangehaus Records, allows students to experience the business of music, from running developing projects to running the recording studio.

The School of Music, Theatre, and Dance is a place where creative energy runs high. Students learn and grow in a nurturing and stimulating environment. This is a place where you can realize your dreams and begin a promising professional life. Anderson University encourages artistic, intellectual, and personal development.

Students have opportunities for creative experiences in the musical arts by developing their musicianship and scholarship in classes, private study, and ensembles.

From Puccini to Rodgers and Hammerstein, you can be a part of the show — on and off stage. This is what Real Life can be, at Anderson University.

We know you will find accomplished faculty at AU who care about your development as a musician, actor, or dancer, as well as a community of fellow students who will encourage and grow with you. Join us on campus to experience the life of a student in the School of Music, Theatre, and Dance. We will tailor your visit to your desired major. Adam Waller is the Director of Bands and Assistant Professor of Instrumental Music Education at Anderson University. Prior to his appointment at Anderson, he was the Wind Ensemble Director at the Johns Hopkins University and Assistant Conductor of the Wind Ensemble and Modern Orchestra at the Peabody Conservatory of Music. Recent performances of the Peabody Wind Ensemble under his baton have earned the conductor “Honorable Mention: Finalist” designation in the 2017 American Prize in Conducting - College Wind Ensemble category, and “Semi-finalist” in the American Music category. Mr. Waller also served on the music faculty of the Peabody Conservatory and Towson University where he taught undergraduate level conducting courses.

From 2005-2015 Waller was the Director of Bands at Tabb High School in Yorktown, VA. Under his direction ensembles at Tabb consistently received Superior Ratings and were awarded the Virginia Honor Band and Blue Ribbon Awards. In addition to public school teaching commitments, he served as Music Director of the North Riverside Baptist Church Choir and Orchestra Director at the Liberty Academy of the Arts. He was a regular adjudicator and clinician for instrumental and choral ensembles in Music Showcase Festivals: Busch Gardens competitions in Williamsburg, Virginia was frequently called on to adjudicate state and local assessments in Virginia and Maryland.

Waller is a current Doctoral Candidate and holds an Undergraduate Degree in Music Education and a Masters Degree in Wind Conducting both from the Peabody Conservatory of Music. Additional studies in advanced conducting include workshops at the Eastman School of Music, Michigan State University, Cincinnati Conservatory of Music, Hart School of Music and the Inaugural United States Army Band’s “Pershing’s Own” conducting workshop.

Adam Waller has been at Anderson University since 2018.

Jeffrey Wright is Dean of the School of Music, Theatre and Dance at Anderson University. Dr. Wright is an active music educator and church musician. As a researcher, writer and conference speaker, he examines the intersection of aesthetics, worship traditions, and cultural beliefs and expectations. Since coming to Anderson University in 1995, the School of Music, Theatre, and Dance has expanded significantly and now includes a vibrant summer studies program for music educators, a Master's Degree in Music Education, three undergraduate degree programs in dance, and a variety of summer experiences for high school music students. In 2007, he was named the Outstanding University Administrator of the Year by the Indiana Music Educators Association. Prior to coming to Anderson University, Dr. Wright was an administrator and faculty member in the School of Music at Northwestern University. He is co-editor of and contributor to the book On the Nature of Musical Experience published by the University Press of Colorado.

Jeffrey Wright has been at Anderson University since 1995. 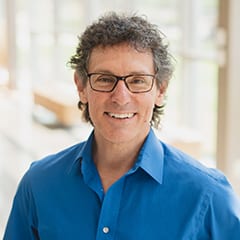 Yetter danced with Ballet Met in Ohio before traveling to England and Ireland, where he danced a year in London and two years as principal dancer of the Irish National Ballet. Returning to the United States, Yetter graduated cum laude with a Bachelor of Music degree from the University of Texas at El Paso before moving to Tennessee to dance with Ballet Memphis, where he was a principal dancer for twelve years. While still dancing, he received the Tennessee Arts Commission Individual Artist Fellowship Award and choreographed many pieces for Ballet Memphis, including a sparkling, full-length Cinderella. His professional experience includes dancing a wide variety of choreographic styles—from Petipa to George Balanchine to Trey McIntyre.

After leaving Memphis, Yetter worked for a decade as Artistic Director of Peoria Ballet where he brought a heightened sense of professionalism and community participation to the company. His service also included ten years on various grant panels of the Illinois Arts Council in Chicago, and in 2006 he received the ArtsPartners of Central Illinois Gem of the Arts Award. Yetter has staged and choreographed over 75 works for ballet, theater, and opera companies. In 2010, he received a Master’s of Science in Higher Education from Kaplan University in Chicago and was awarded a ten thousand dollar “Arts Works” grant from the National Endowment for the Arts to subsidize his production of Romeo and Juliet.

Yetter went on to teach graduate and undergraduate ballet technique at Case Western Reserve University in Cleveland, Ohio for six years.  He also served on the dance faculty of the Cleveland School of the Arts, Wayne Center for the Arts, Ballet Excel Ohio and was on the Board of Directors of OhioDance.  He freelanced as a choreographer and teacher throughout Northeast Ohio giving workshops at events such as the OhioDance Festival, American College Dance Festival Association, Youngstown State Dance Festival, The International Black Dance Conference and multiple summer intensive programs. Yetter has choreographed ballets for Canton Ballet, Ballet Excel Ohio, Ballet Theatre of Ohio, Ohio Northern University, Ashland Regional Ballet, The University of Akron and the Akron Symphony Orchestra.  His works have been performed internationally and across the United States including Ireland, Guatemala, Illinois, Tennessee, Texas, and Ohio. In 2018, he choreographed and designed another full-length ballet, The Magic Flute, for Ballet Excel Ohio which was premiered at the historic Civic Theatre in downtown Akron. Currently, he is Assistant Professor of Dance at Anderson University in Indiana, where his wife, Mary Ragna Yetter, serves as the University Organist.

Yetter joined the faculty in 2018.